At first itâs an odd something sitting in the middle of a yellowish background, a pale version of what the French use to call caca dâoie and the Swiss caca pomme. But if you look more carefully, the color is certainly closer to Bulle or perhaps to Flave.

In any case this is a matter of variations and interpretation, the background color for the magazine Adventiceâs web page being a distractive element whose fake neutrality balances the puzzling form (is it 3d?) that detaches itself from this background.

Once your mouse rolls over that curious shape the mystery seems to vanish itself and you face the thin but architecturally strong typeface that has come to be the signature of Adventice. An interesting name for a magazine that certainly walks the surrealistic path in-between singularity and oddball contents.

Adventice is the French term for weed and carries a sense of dispersal, adaptability but also of undesirability. Broadly describing plants outside the usual species categories, theyâre undesirable in specific contexts. A paradigm classifying them as the loose canons of the plant kingdom (think Alice in Wonderland and the garden of live flowers).

In this sense, adventices are the unexpected in the calibrated gardens, the grain of sand that question a mechanicsâ regularity. The term also applies to a written text and defines an incident in the rhythm, extra words disrupting the expected flow of the story told. 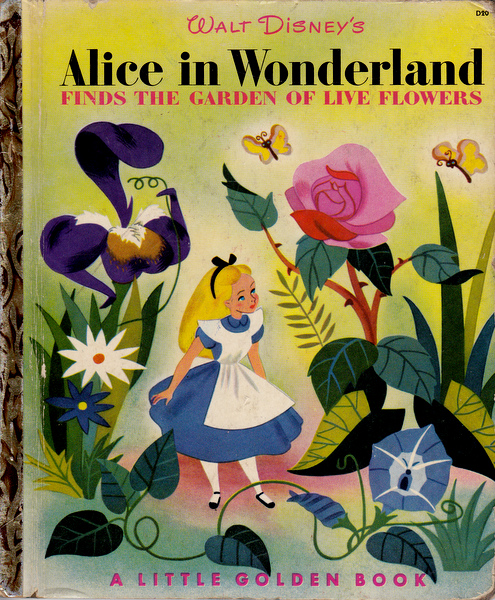 This is certainly what Adventice is all about. Disruption and out of the blue visual moments scattered in a superbly arranged layout. The second issue of the magazine, recently presented at the New York Art Book Fair and Offprint Paris focuses on the themes of Industry and Reverie. There is an evident contrast between the two terms but it should be noted that Reverie can also turn into an industry of beautiful imagery only Hollywood or Disney could dream of. 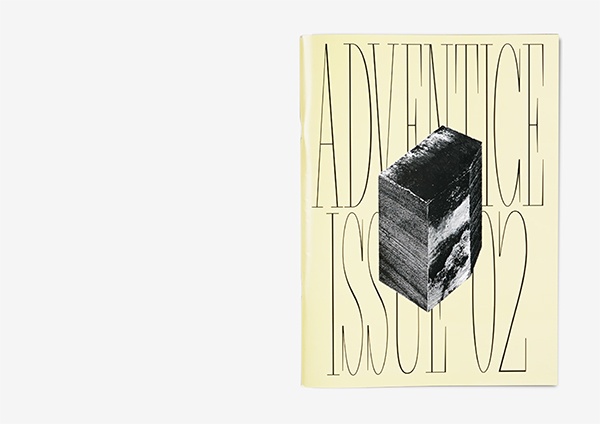 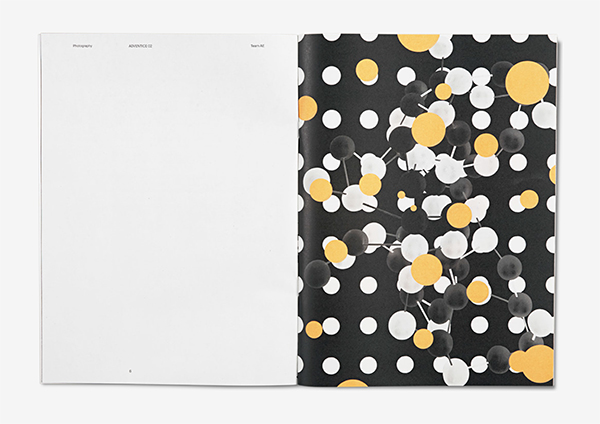 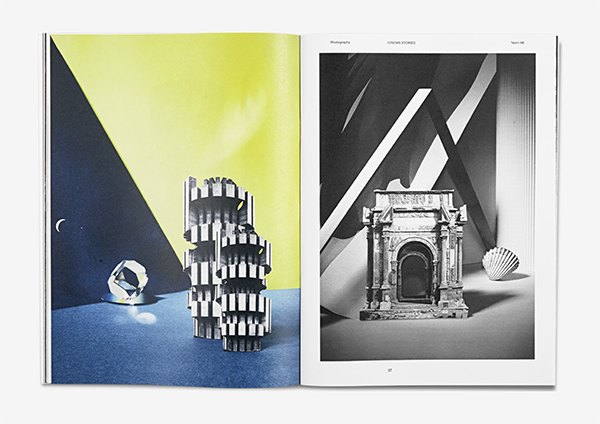 Florine Bonaventure and Jennifer Niederhauser, the editors of the magazine, further define the directions taken for this issue:

Adventice 02 focuses onÂ the themes of Reverie and Industry, proposing different research with an emphasis on materiality and utopia.
The various contributors have worked on bringing to theÂ foregroundÂ mundane and commonplace subjects, giving aÂ singular look into the industrial evolution through the altering prism of imagination, from the modernization of printingÂ techniques to the darkness of Robert Longo’s iconic work.
The visuals are rooted not only in the collective surrealist imagery and influenced by modernist architecture, but draw also from a formal researchÂ and experimentation with perception,Â with the phenomenon of optical illusion – playing with shapes and scales.The radical choice of an issue mainly in black and white with few but strong color interventions, was intended to accentuate this contrast betweenÂ the dreamy qualities of Reverie and the rough aspects of Industry. It was also a means for us to try out new printing techniques, which would replicate the depth of a charcoal drawing.

Holding Adventice 2 feels like quietly rummaging a room of marvels. The structure of the staple bound magazine advocates for a kind of dreamed industry organizing elements in a long sequence disrupted by full bleed photographs, architectural collages and romantic drawings. 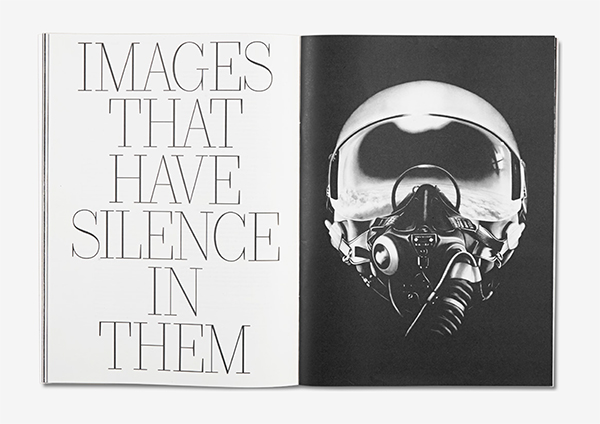 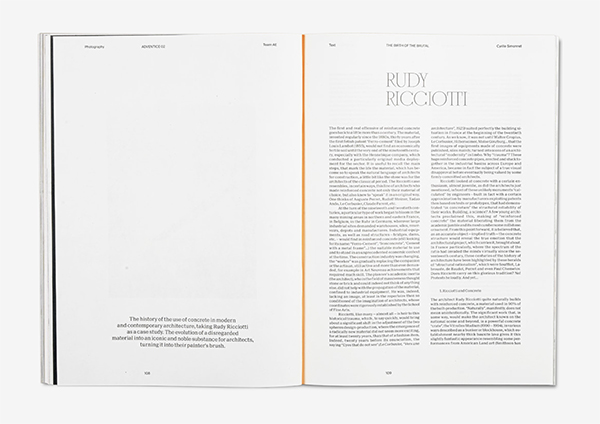 The mysterious form on the cover, a tool, a monument, a space of eerie projection, seems to be the weed in a caca pomme garden. The reverie is offered for us all to grasp, the shadow of the industry lurking in the wings.
Reverie becomes a form of (visual) writing, a creative mechanism Arnaud Tripet once described as lâÃĐcriture de la rÃŠverie: ÂŦthe opposing yet operative relationship between the formal and the informal, the complete and the infinite, the shocks of movements either reflexive or affectiveÂŧ [my translation]1.

Do stroll the promenade offered by Adventice, itâs a promising ride.