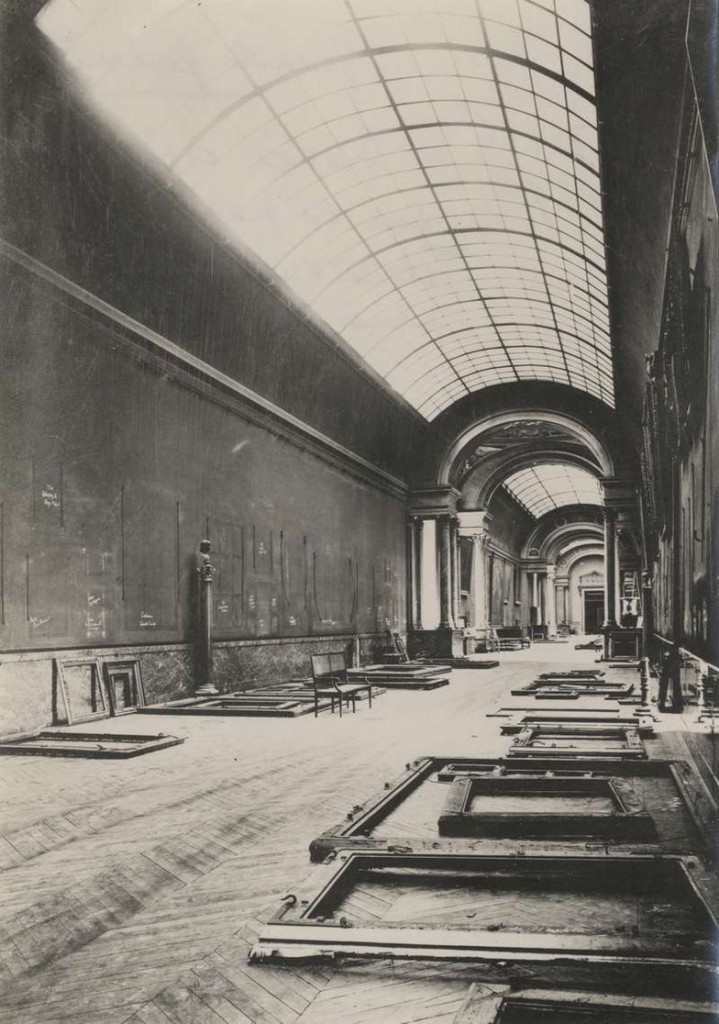 In 1828, Charles Latour-Mezeray and Ãmile de Girardin founded the newspaper Le Voleur, a literary journal which edited and published ÂŦstolenÂŧ articles and reviews from other newspapers.

A hundred years later, in his book, La llegenda del llibreter assassÃ­ de Barcelona (1928), the spanish bibliophile Ramon Miquel i Planas recalls an anecdoteÂ on the origins of Le Voleur: Girardin, who at that time had just published a novel and was expecting severe critics, was walking sadly in the streets of Paris. Near the Seine he bumped into Latour-MÃĐzeray. Both men shared a discussion and Latour, in a laugh, dissuaded Girardin from blowing the dolphin and instead persuaded him to create a journal: ÂŦWeâll call it Le Voleur and weâll rob whatever suits us from wherever we find itÂŧ.

In his Anthologie du journalisme published in 1933,Â Paul Ginisty gives to this anecdote some precious details enlightening a kind of romantic habit for clipping and compiling1:

With his friend Lautour-Mezeray, later nicknamed the man with the camellia because, affecting the looks of a dandy, he used to wear a white camellia in his buttonhole, Ãmile de Girardin founded a journal which, it is said, met with âastonishing successâ ; it was put together with nothing more than a pair of scissors. Lautour-Mezeray had proposed calling it La lanterne magique. âNo, said Girardin, letâs be frank about it and call our journal simply Le Voleur. The cries of the victims will attract the crowds and we won’t need to advertise.â

On the first of September 1939 Germany invaded Poland. On the third of September Great-Britain and France declared war to the Nazi regime. In his article to the Nouvel Observateur2Laurent Lemire offers the reader a funny recollection of the seemingly strange events that happened in Paris a month later, on 3 october 1939: on that date a procession of trucks leaves the French capital. The driversâ final destination is the ChÃĒteau de Chambord and inside their trucks are some of the most beautiful art pieces from the Louvre and other museums. Is this the biggest robbery of all times? In a way it is: following instructions given by Jacques Jaujard, then Head of the MusÃĐes de France, curators have emptied their museums leaving but only phantomatic traces on the walls.

When on ponders this particular event it isnât hard to believe that the choice must have been quite CornÃĐlien as the French say3.Â Imagine the dilemna of a cruel selection that was to decide the faith of hundreds of work of art. Indeed it was precisely on the 27 of September 1938, a couple of days before the Munich Agreement, that the decision was made in France to protect at all cost a patrimony that was itself ironically made, in a large part, from the numerous paintings, sculptures and artefacts stolen during previous and more successful wars than the one to come.

Yet this clever game of escamotage sheds a dichtomic light on the very notion of stealing. If one considers the figures of ArsÃĻne Lupin, Robin Hood or Abbie Hoffman then stealing becomes an act of rescue, a political gesture and to some extent even an art. When Louis Malle directed Le Voleur in 1967 he was inspired by Georges Darienâs eponymous novel written in 18974:Â an end of the century anarchist reflection where Darien pretends to have stolen the manuscript of a man called Randal. The text was adapted by Malle legitimizing the novelâs thesis that stealing is a weapon of revolt. On his side Jean-Paul Belmondo, who played the role of Georges Randal, preferred thinking that Randal first steals out of pique and then does it for pleasure.

Within this large spectrum between pleasure, art and politics the ÂŦwant take haveÂŧ attitude of the Nazis when entering Paris and other conquered cities seems definitely out of this radar. Their acts have drawn a niche where spoliation became the dark synonym of stealing. Finding almost empty museums but rather cooperating officials like the Vichy regime, the Nazis have meticulously confiscated private collections throughout occupied Europe in order to fill up Hitlerâs dream of a museum of ÂŦideal artÂŧ in his Austrian hometown of Linz. In contrast to this pseudo-scientific method, Reichmarschall Goering compiled an eclectic treasure in his Karinhall mansion. Between H. and G.5Â stealing became a methodological process definitely losing its romantic aspect.

Those matters are at the very heart of Rob van Leijsenâs graduation project at the HEAD Geneva. His superb publication Art Handling in Oblivion ÂŦassembles five art collections that have been stolen during wartime, either by regimes or organized individuals.Âŧ Rather than the usual Q/A interview to discover more about this project, weâve decided to embrace the attitude of Le Voleur. In turn referring to Randal or Girardin and Latour-Mezeray weâve decided to build a romantic questionnaire made from fragments of questions taken from The Black Island.

Funny enough, the seventh adventures of reporter Tintin were first published in France in 1937 and pictured a villain, head of a gang of money counterfeiters and curiously named Dr. J.W. MÃžller. According to Michael Farr, this implies that the character is of German origins: ÂŦSome have suggested that the 1930s version of MÃžller is a Nazi German secret agent out to destabilise the British economy. It has been suggested that MÃžller was based on the adventurer Georg Bell, who was an associate of Nazi leader Ernst RÃķhm, and was involved in a counterfeiting operation against the Russian RubleÂŧ6.Â In this evocative story of nazis and counterfeit one is reminded of yet another curious anecdote7:

In May 1945 Dutch artist Hans Van Meegeren was arrested, charged with collaborating with the enemy and imprisoned. His name had been traced to the sale made during the second world war of what was then believed to be an authentic Vermeer to Nazi Field-Marshal Hermann Goering. Shortly after, to general disbelief, Van Meegeren came up with a very original defense against the accusation of collaboration, then punishable by death. He claimed that the painting, The Woman Taken in Adultery, was not a Vermeer but rather a forgery by his own hand. Moreover, since he had traded the false Vermeer for 200 original Dutch paintings seized by Goering in the beginning of the war, Van Meegeren believed that he was in fact a national hero rather than a Nazi collaborator.

Weâve asked artist Xavier Bouyssou, who recently worked on a remake of The Black Island for his graduation project at the ÃĐcole des beaux-arts in Toulouse, to (re)draw some of the frames of HergÃĐâs comic book. Emptied of their dÃĐcors and characters, the still talkative frames are an echo to the famous 1939 photograph of the Louvreâs Grande Galerie showing empty frames lying on the ground after the complete dÃĐmontage of the paintings, which had been sent to Chambord8.

The isolated, or shall we say insulated questions found in The Black Island bis repetita thus become the structure of a visual questionnaire to which answers may be other images, extracts, comments. Each of those becoming some possible explanations of Rob van Leijsenâs project. They will form part two of this new kind of conversation9Â that will hopefully be followed by others.